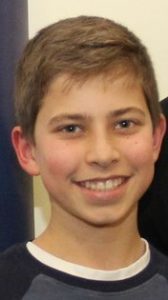 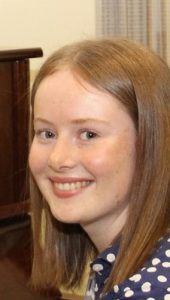 SERENA, CLARA (1890-1972), contralto, was born on 9 June 1890 at Lobethal, South Australia, and registered as Clara Serena Hulda, daughter of Lutheran parents Hermann Franz Kleinschmidt, farmer, and his wife Ida Wilhelmine Mathilde, née Seiler. Hermann’s father Friedrich Wilhelm had migrated from the German free city of Bremen in 1836. When Clara was aged 14, the pastoralist Peter Waite recognized her potential, took her into his family and established the ‘Serena Trust’ to provide for her education. She received tuition with Guli Hack at the Elder Conservatorium of Music, Adelaide. Waite’s daughter Elizabeth became her friend and acted as chaperone when Kleinschmidt won a conservatorium scholarship in 1908 to the Royal College of Music, London, where J. H. Blower and Albert Visetti were her teachers. She qualified in 1911 with a diploma with credit, and after further study in Italy and Germany she took the name ‘Clara Serena’ in 1913.
Returning to Adelaide at the outbreak of World War I, Serena sang in concerts for the British (Australian) Red Cross Society. To Peter Waite’s chagrin, she married her accompanist Albert Roy Mellish (1886-1970) on 3 November 1917 at Chalmers Presbyterian Church. Waite thereafter refused to have any contact with her, an instruction that extended to his children as well, but was disobeyed by his daughter Elizabeth MacMeikan, who when she died in 1931 left a generous annuity to her beloved Clara.
In 1918 the Australian Musical News described Serena’s voice as ‘even and mellow’ and commented that her ‘splendid physique and admirable breathing enable her to deliver her highest notes with thrilling volume and richness’. She returned to London in 1922 and next year made her operatic début there. In January 1924 she created the title role in Rutland Boughton’s Alkestis at Covent Garden and in 1926 appeared in Vienna, Berlin and Paris. During seasons of opera at Covent Garden in 1928, 1929 and 1931 her roles included Amneris, Delilah, Erda and Waltraute. She joined the British National Opera Co. in 1937. Conductors she appeared with included Sir Thomas Beecham, Sir Henry Wood, (Sir) Adrian Boult and (Sir) John Barbirolli. In 1939 negotiations for an American tour were foiled by the outbreak of World War II and she retired. Roy Mellish worked at Australia House until the end of the war, and then came back to South Australia. Clara remained at Eastbourne, Sussex, until 1951 when she also returned to Adelaide.
During her career she was befriended by both Dame Nellie Melba and Ada Crossley. A fine dramatic contralto, Serena had a range of three octaves extending to a top B flat. Her linguistic ability enabled her to sing fluently in many languages, and on the concert platform she exuded charm, dignity and an absence of mannerisms. Her tall, graceful stature and magnificent physique enabled her to withstand the rigorous training needed to reach the peak of her career. Also accomplished as an oratorio artist, especially in Handel’s Messiah and Mendelssohn’s Elijah, she recorded for Vocalion and Columbia Records.
Roy and Clara had no children. She lived in her later years in Adelaide. Clara Serena Mellish died on 11 August 1972 at Aldersgate Village, Felixstow. Photographs of her in the roles of Delilah and Amneris and a collection of her stage jewellery are held in the Performing Arts Collection of South Australia, Adelaide.